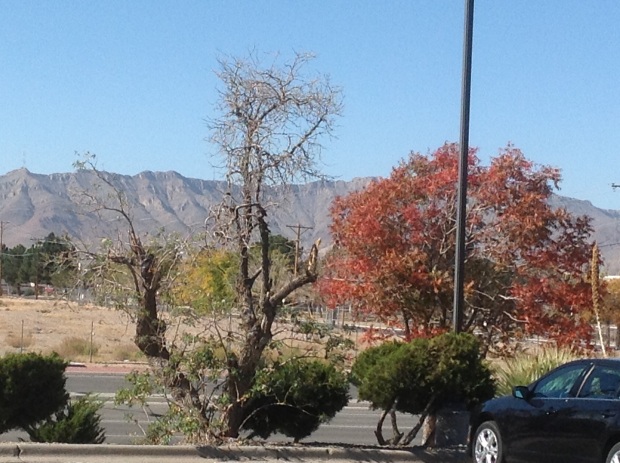 This is the gorgeous view from directly outside my hotel. See what I mean about gorgeous mountains? El Paso is beautiful. So far everyone has been amazing. They’ve been kind, welcoming and generally just bone deep nice!

Tonight, I’m chillaxing by my hotel bar with a glass of Malbec and feeling inspired. Last night was my first good, full night of sleep since I arrived. It wasn’t overly crazy so I had the opportunity to relax and catch up on some of my favorite passions. I’m enjoying Sophie Oak’s Siren Unleashed and read some of the amazing people whose blogs I follow. In fact, Crazy Train To Tinky Town wrote a really cool blog about airports and people watching. It inspired me.

I’ve spent a lot of my life in or around airports. This trip would be no different. In fact, I’m about two or three miles from the airport right now. As fun as people watching in an airport can be, I’ve found that the people you meet on the plane can be even more intriguing.

So my question…do you remember your most interesting travel seat mate? Tell me about them…and what made them so memorable. If you don’t have a memorable seat mate, maybe share your most intriguing conversation that happened during travel…

My cousin says I’m a magnet for “interesting”. Over the years I’ve come to realize that it’s not that I’m a magnet…it’s that I interact! I talk. I listen. And then I’m constantly entertained…which always translates to storytelling.

I’ll start with the most interesting interaction I had in an airport. A few years ago, hubby and I were heading to Dallas for a Cowboy game. In fact, now that I’m thinking about it…it was our honeymoon! Usually we catch a flight from our nearby airport, but this time we headed out of Tampa. As we sat in the airport, John Gruden came walking up. Apparently, he was also going to be on our flight. He was working for ESPN at the time and doing the show. I spotted him, then pointed him out to hubby. He walked up and shook Mr Gruden’s hand and told him how much we enjoyed him. The guy was very cool. In fact, he found us when we landed at DFW and told us to find him at the event and ask questions. He was absolutely great. He treated us like new friends. We loved it.

My most interesting “on the plane” interaction? The June I graduated from high school, my biological grandfather died. I knew the news was not going to be good when my cousin called at 6am. No one calls that late in my family in less there is an emergency.

I was going to be flying alone to Michigan… I was 18, so it wasn’t a huge deal. When I boarded, I noticed an elderly couple toward the front of the plane, but otherwise it was just me. Seated by a window on the center of the aircraft, I was just settling in when a group of tall, large, strong men walked onto the plane. As they took their seats, I noticed I was surrounded. Two of the giants (I’m only 5’3″…and back then was only 105 lbs) were sitting behind me, two in front & 2 more across the aisle, plus the rest of the guys on the plane. The guy in front of me was the sociable sort and turned around.

Kneeling on his seat in my direction our conversation went something like this:

Him: Hi there!
Me: (tilting my head to make better eye contact) Hello…
Him: How are you?
Me: Fine.
Him: Are you from Detroit?
Me: Nope. Going to Michigan for a family emergency.
Him: I’m sorry. (Pauses) Soooo…. How old are you?
Me: (Realized he was hitting on me and checking my status as jail bait…Rob Lowe had just recently gotten busted) I turn 19 tomorrow.
Him: Really? Got any proof?
Me: My military brat ID.
Him: Can I see?
Me: Sure.
Him: (smiles down at me) Happy birthday! (Turns to his other buddies) Hey guys…can you believe she’s 18?

I laughed. He had just waved the “go” flag for himself and his friends. I was also right…I was on a flight with a college football team. Suddenly I found myself under a microscope as they all peered over the chairs at me and said hello. I laughed. Then the guy continued:

Him: So, how long are you going to be in town?
Me: A few days.
Him: You should give me your number. I’ll take you out and show you the city.
Me: (laughing and a bit coy…and not nearly as naive as he thought) My mama told me not to give my number to strangers.
Him: I introduced myself. We’re not strangers anymore.
Me: Why don’t you give me YOUR number. If I want you, I’ll call you.

After a bit of playful debate, he gave me his number. As we got of the plane, he and five of his friends insisted on escorting me “safely” to my family. The look on my relatives’ faces were priceless! Their eyes were huge as the boys all said goodbye, each stooping down to give me a hug.

I never did call the guy back…but is it any wonder why I so enjoy ménage stories? Does this not help to explain my interest with the Mile High Club?

33 thoughts on “Planes, Trains and Automobiles”

In Between the Pages
BeautyBeyondBones
Ailish Sinclair

Stories and photos from Scotland