Maybe it was my trip to Savannah recently, but I’ve been thinking about how important Girls Only events are.

Now guys hear words like girls night out or girls weekends and their thoughts tend to go all over the place. Some picture women in their underwear having pillow fights. Sorry to burst your bubble guys, but…no. We have a heck of a lot more fun than that. Other guys imagine a girls outing and think it’s just a “bitch about men” fest. Not gonna lie. Sometimes it can be (especially if one of the ladies was recently dumped). But really, most of us are more than that.

When gal pals get together it’s time to cut loose. Get a little wild. Sometimes we’ll even objectify men in the same way some construction workers have been known to objectify women….especially if we’re at a club. Maybe that’s why I’ve always kind of gotten a kick out of Dolly Parton’s video she did with Billy Ray Cyrus back in the day… she and “the girls” said things in reference to him like “I didn’t get as far as his eyes, did you?” “I’m old enough to be that boy’s lover.” “Wish I had a swing like that in my back yard” or “I may not be in love, but let me tell you, I’m in heat”. It totally cracked me up. This has been me and a few gal pals. Oddly enough, Dolly once talked about writing the song and said it was actually written about her 9 yr old little nephew who came strutting out…imagining himself to be quite the “Romeo” at such a young age. It made her laugh.

The thing about girls only events… It’s great for ogling guys, but it’s also a great opportunity to laugh, to learn and to ask the questions you’re not always comfortable asking in other settings. There’s no real pressure at girls only events. Sex almost always comes up…and so does advice on how to improve your sex life…if you’re willing to ask. Sometimes all it does is improve your vocabulary… Let me explain a bit about what I mean.

As you guys know, my Savannah trip was also a girls vacation…. so I thought I’d share with you some of the finer points of what that entailed… One of the nights, Authors After Dark hosted an event they called a Magic Carnival Inflatables Party. This included putting a blow up slide….inside the hotel…for us to use.

The Blow Up Slide In the Hotel Lobby

And yes, it also included a Balloon pop game with fun prizes…

But the one that really struck my sense of fun? Well, duh! It was the Cock Ring Toss, hosted by authors CJ Ellisson & Boone Brux.

They were hilariously awesome with a great sense of fun…and they invited us to their party, Margaritas & Mudslides to be held the following night. There was no question in my mind (or that of my friend and my sister) that a party held by ladies playful enough to come up with this game was going to be a riot. We were not wrong.

After CJ made sure everyone had their drinks (which, by the way, were chilled in the bathtub filled with ice), the games began…. It was almost like I’ve Never… Sex Edition. There was really only one rule. A statement would be made…and if you’d done it, you took a drink. The statements were things like “I’ve participated in a three way” or “I’ve been spanked during sex” or “I’d hire a personal assistant that was hot over one that was qualified”. Everyone laughed…and a lot of drinking happened…until we got to one question.

Reader:I’ve had sex in a car while driving.
Me: (Took a drink)
Everyone else in the room: (Staring at me…and no one else is drinking)
CJ: Seriously? How did you manage that one?
Me: Well, he was driving…I was riding stick.
CJ: How was he able to see?
Me: I’m short. He could look over my shoulder.
Boone: I feel like I know you so much better now!
My Sister: Oh, my gosh. It’s a miracle you didn’t get into an accident. Who the heck was this with???
Me: Hubby. We were younger and wilder back then.

Really. Maybe it was naïve of me, but considering how common road head is, I really didn’t think it was that unusual. A while later they adjusted the rules to…you drink if you hadn’t done something…because way too many of us were drinking, probably…LOL! So what happened? This…

Yes, the whole room got a chuckle… And new terms were learned. Like I said…educational and fun! And the prizes were cool, too. I mean…. tell me this isn’t kinda cute… 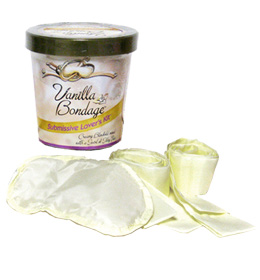 There have been other times where girls weekend have been about empowerment and growth, as well as a bit of sex ed. I’m sure it will come as no surprise to anyone that I used to love to host pleasure parties. My gal pals used to call and beg me to host them because we’d have a blast. At the last one, though, something a bit more important than simply buying sex toys came up.

One of my gal pals, during the course of the evening confided that she’d never had one despite the fact that she’d dated her boyfriend (who I also knew) for a long time.

Me: So…never? Not even by your own hand?
Her: No. I can’t seem to relax enough. I get close when I take a bath…that’s why I’m curious about the waterproof vibes.
Me: So is it because you can’t relax enough that your boyfriend hasn’t been able to get you off? There are things you guys can do…
Her: (hurriedly interrupts) No. That’s not it. He doesn’t care if I have one or not as long as he gets his.
Every female in the room: WHAT?!? Eff that!
Me: You’re a beautiful girl…and a sweetheart. What do you mean “as long as he gets his”?
Her: (shrugs, not making eye contact) You know how he’s in sales, right? He basically said it’s kind of like a sale. As long as he gets what he wants, who cares about the customer.
Me: (appalled and feeling so badly for this girl…everyone else was nodding in agreement) He seriously compared your orgasms to a sales transaction?
Her: Yup.
Me: Sweetie, he needs to go. You deserve better. First, your pleasure should be the most important thing to him when you’re intimate. Second…he’s not going to be in sales long with that kind of attitude. Most of his guy friends think you’re hot and he overachieved in managing to get you to date him in the first place. Trust me, there are plenty of guys out there willing to put your pleasure first.
Every female in the room: Hell yeah! What she said. You shouldn’t put up with that shit. I’d dump his ass.
Her: You really think so?
Me: I know so. Now that doesn’t mean you shouldn’t still buy a vibrator…because seriously…you should have an orgasm. They’re some of the best things ever…but isn’t that toy you’re looking at a little on the small side?
Her: Well, I’m pretty tight down there. I don’t know if I could handle much bigger.
Me: (eyes wide and staring at a toy that wasn’t much bigger than a thick finger) Ummm… you have had sex with him before, though, right?
Her: Yeah, but he’s not really that big.
Me: (looks at the toy, then back at her) Ha!!! That’s awesome. Justice served.

Sure, there are other examples I can give of why girls night is so important….but I think you get my gist. Ladies, when’s the last time you had a girls night? What did you do? What was the funnest girls night you’ve had?

Guys, what are your thoughts on the second scenario? Was I overreacting in thinking this guy is a douchebag? If you’ve got a lady who participates in these girls nights/weekends/vacations…do you get to reap the benefits when your lady gets home? Truthfully, usually, by the time the events are over we’re raring to go for a little bit of man meat…;-)

31 thoughts on “Girls Night Out”