I admit it…. I find it utterly hilarious when I manage to cock shock my gay male friends. Why would I specify “gay” in this conversation? Because they’ve pretty much seen and heard it all when it comes to cock. Or so they think.

The other day, however, one of my oldest online friends who I’ve been fortunate enough to hang out with in person posted about “the rooster.” Yup! Apparently, I’m not his only Filipino friend. And definitely not the only one he’s talking to these days, because I saw this on his FB.

Talking with Filipino friends a lot. Is that . . . is that a rooster?! Looooool. It is! And not just one friend. Several. Why do you lot have roosters?! Whatever. Week made. 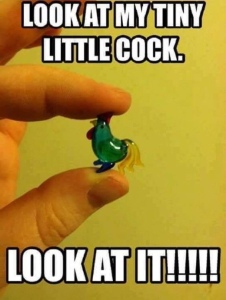 Obviously, my friend is American and had no idea that this had a lot to do with cultural differences….so I decided to enlighten him.

Ummm…Did you not know that cock fighting is a popular sport in the Philippines?

Now, with my gay male friends, a statement like that has the potential of being taken one of two ways… 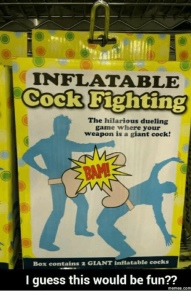 Well, my friend is pretty smart, but he hadn’t realized that was a thing. That in that particular third world country there were arenas and bets placed, and it was a source of entertainment. He quickly went from entertained to kinda horrified.

What had been innocent with him was actually a pretty dark thing half a world away. But it got me wondering… Is it really only a third world country thing?

Sadly, it’s not. The ASPCA gives a pretty detailed explanation of how cock fighting works, including the razor blades taped to the roosters legs, which states have laws to prevent these events, and how you can help. And The Humane Society shows where animal blood sports have been prosecuted.

Yeah, I admit it. I giggled when I wrote the world “cock fighting” to my friend because the first image popped into my head. I giggle-snorted when another friend added the save the cock hashtag to his page. But the reality is no laughing matter…any more than dog fighting or any other animal bloodsports are.

These animals can’t fend for themselves…so they need us to speak out on their behalf. Thoughts?