Mmmm! Those who know me well know I can’t resist a good M/M storyline (especially with the added heat factor of shifters)… So, of course, I joined in the opportunity to pimp a book. There’s also a contest to participate in, so read all the way through to qualify as a win! 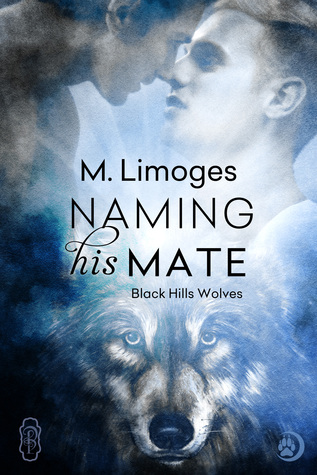 Small-town sheriff, Mike Hadley, would love to experience a headache-free day for once in his life. Unfortunately, that’s not going to happen anytime soon. While investigating a rash of disappearances and dealing with his ornery lover, he’s thrown into a whole new world he never imagined existed.

Damien Marks has finally found a place to call home in Los Lobos, South Dakota, with the Black Hills Pack. He also stumbles across something he never thought he would—his mate. Falling hard, he decides he needs to come clean and tell the truth. But will his sexy lover accept what he is?

Embroiled in a potentially dangerous situation, both men have to decide where their loyalties lie—with duty or love?

Mike Hadley adjusted his gun holstered on the belt at his waist and tugged his jacket over the weapon, concealing it from clear view. There wasn’t any doubt he’d incite a riot if he walked inside with his piece visible.

Coming here, to this place in the middle of nowhere, shouldn’t have troubled him. He’d stepped into shittier, more unstable situations than this hole-in-the-wall bar, but damn if a thread of apprehension didn’t prickle the length of his spine as he stood outside of the entrance. One small detail kept him from strolling into the establishment like he owned the place, and he sincerely hoped that minor detail stayed home tonight.

He rolled his neck from side to side in a bid to loosen the tension in his shoulders. With an air of confidence he didn’t quite feel, he pulled open the heavy steel door and strode inside the Den.

Thirty seconds was all it took for activity to grind to a screeching halt. The drawl of a country ballad playing on the music box in the far corner thumped through the stifling air. Weighted stare after weighted stare met his gaze head on as he scanned the bar’s occupants. Their open hostility battered at his senses.

He wasn’t welcome. That much was apparent, but he would deal with it. Despite a bar full of unfriendly locals, the absence of one in particular shaved off a degree of his unease.

Of course, his anxiety hardly mattered. As sheriff of the small town of Collins, South Dakota, it was his job to investigate a rash of disappearances over the last several weeks. Unfortunately, the trail had led him to the neighboring, inhospitable town and people of Los Lobos.

Melissa Limoges lives along the Gulf Coast with her OCD cat, Mr. Tibbs. Tax assessor by day, romance writer by night, she enjoys anything coffee related, traveling, and reading happily ever afters.

One of my all time favorite tv couples has always been Brian and Justin on “Queer As Folk”. I remember checking the show out on a whim, then deliberately. In fact, when my boyfriend was ready to cancel premium channels back then, I told him that it was ok as long as we kept Showtime. I didn’t care about anything else. In fact, I didn’t even care about anything else on Showtime!

What made them so compelling? Well, besides the obvious hottie appeal, Brian Kinney was the quintessential bad boy. Apparently Justin Taylor and I had similar tastes in men. Brian was the successful, much older, wilder man. Justin was the younger, wiser boy. He saw through Brian’s facade to the sensitive, damaged person that even most of his friends didn’t know existed.

And Brian? He couldn’t resist Justin’s sweetness, his wisdom, his stubbornness, not to mention his unwillingness to give up on him. And over the years Brian gave Justin reasons. Deep down, I don’t think he felt good enough or deserving enough of Justin’s pure love. But Brian loved him, unselfishly and without reservation. His love for Justin was the purest, best part of Brian’s heart…and you saw it reflected in his eyes every time he looked at him.

And then there were the sex scenes! These guys burned up my tv screen when they’d burn up the sheets. Who could forget the scene when Brian caught up with Justin in New York after they’d fought and Justin had run away, taking Brian’s credit cards with him.

But there were also the sweet ones. I still find their dance at Justin’s prom to be one of the sweetest, most romantic scenes to grace a tv screen. To end Season 1 in that kind of violence after such sweetness? It blew my mind…and brought home the sad reality of gay bashing. Prior to that point, I don’t think I would’ve fully understood. Let’s face it! I’m a straight woman…and up till a couple years after that, I didn’t even know I had any gay friends.

Sitting at home last night, putting down a scene on paper that had been tugging at my brain had brought the song “Save The Last Dance For Me” to my head. Of course, since that was the song they’d danced to at prom, I remembered my favorite “Super Couple”. (Music does that to me) I started YouTubing Brian and Justin…and found this clip. It definitely showed their ups and downs, but it really showcased the love.

Now “Queer As Folk” has been off the air for years, but I know I’m not the only one who feels this way about these guys. In the last episode, we saw Justin headed to New York to chase his dream as an artist as Brian stayed behind. Their wedding was cancelled. But when I think back to these guys, I have a hard time thinking that was the end of their story together.

In my mind, I see them finding their way back to each other and living happily ever after. I feel like there are just some couples who are meant to stand the test of time, regardless of how their tv shows end. Do YOU have a couple who does that for you? Who captured your heart and your imagination? Who still makes you wonder where they are now?

Who knows? Maybe one day I’ll be tempted to write my image of how their story really ended.

Of course, fan fic being what it is, there’s a good chance someone already has! (Not that it will stop me)